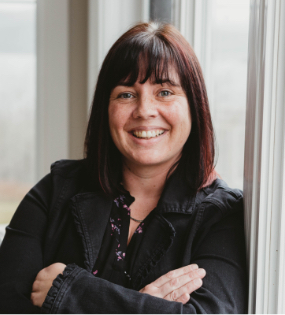 Dara has worked in many public relation positions but her favorite is client care in which she has worked for the past 15 years. She always has a smile on her face and enjoys going that extra mile to make sure our clients feels welcome, recognized and appreciated.

Outside of the clinic you will find Dara enjoying the outdoors, playing in her vegetable garden or flower beds, hanging out with her Chickens or her pride and joy Mack the Boston Terrier. 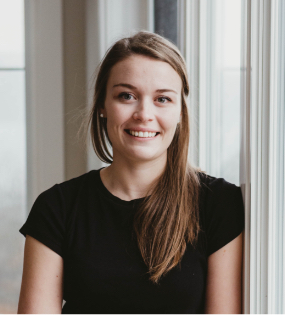 Monica is a certified Osteopath and Kinesiologist. Monica graduated from Saint Francis Xavier University in 2016, where she earned a Bachelor of Science in Human Kinetics with Distinction, minoring in Health Sciences. This is where Monica's journey in health care began as she gained experience in personal training, group exercise, sports rehab and more.

Monica likes to think she has a green thumb and is always adding to her house plant collection. In her spare time, you can find Monica hiking with her dog Chewy! 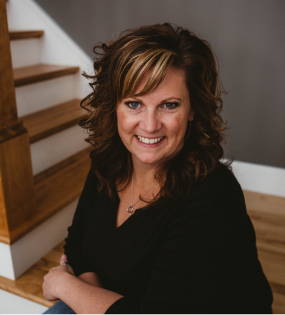 Tanya graduated from the massage therapy program at Eastern College in Saint john in 2012.

She is extremely passionate about what she does to help her clients. She offers therapeutic or relaxation massage therapy treatments, and has treated a multitude of different conditions over her past 10 yrs of practice. She has been able to add to her skills by incorporating a wide range of different modalities into treatment. Some including deep tissue, trigger point therapy, TMJ, cupping, and lymph drainage. As well, she has been studying cranial sacral therapy in the USA over the past 6 yrs.

She looks forward to helping each of her clients to better reconnect your mind and body, to bring to you a higher level of health and awareness.

Outside of the clinic, you can find Tanya with her children either in the rink or on the field. She's creative, and their isn't a project that she wouldn't tackle with her Love! 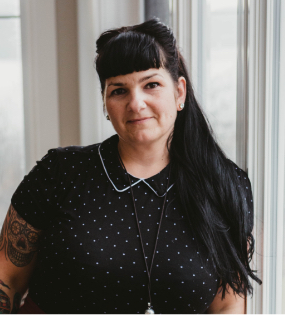 Jill graduated from ICT Northumberland College, Halifax in 2004. She has been a Registered Massage Therapist for 19 years and has been practicing for 11 of those years in the Kennebecasis Valley.

Jill started her career with a focus in sports massage and over the years has spent time working with athletes of all caliber. Her focus has shifted throughout her career to include a holistic approach involving the mind/body connection.

Jill believes that everyone can benefit from receiving treatment for general wellness, pain relief or to restore tissue health. She is a huge advocate for self-care and believes that the best version of self involves honouring what our mind and body need.

In 2014 Jill decided to broaden her skill set and enrolled in the acupuncture diploma program at the College of Acupuncture & Therapeutics. Incorporating acupuncture into her practice has been a game-changer adding another element to her approach. Jill is always eager to discuss acupuncture and how it may benefit your whole self.

Jill is passionate about treatments that focus on mental wellness, promoting calmness of the mind and easing symptoms of anxiety, depression and PTSD. She has a special interest in working with addictions and has additional training with the National Acupuncture Detoxification Association (acudetox.com). Jill has also facilitated group acupuncture sessions in the community, to make treatment more accessible.

When Jill isn’t at the clinic you can likely find her on the trails with her 2 daughters or hunting for sea glass at their favourite local beach. She loves music, coffee, her dirt bike, and her dog, Luca. 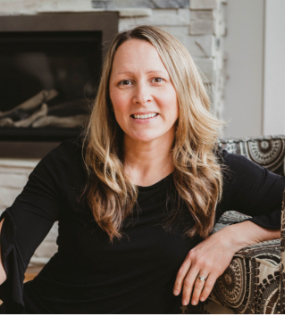 Tara started her education with a BSc from Mount Allison University where she played varsity soccer and then completed another BSc with Distinction in Exercise Science: Athletic Therapy from Concordia University.

She decided to further her studies in Osteopathy and Graduated from the Collège d'Études Ostéopathiques (Halifax, 2013). She completed her thesis in collaboration with the pediatric department at the Saint John Regional Hospital titled “The effect of adjunctive osteopathic treatment on outcomes in pediatric functional fecal retention”

She was the recipient of the “The William Garner Sutherland D.O. Thesis Award- The award for the most representative thesis for the advancement of Osteopathy in the field of clinical research, for outstanding research contribution.”

Osteopathy is a safe and effective manual therapy for all ages. Tara treats a wide range of injuries and conditions but has a passion for treating babies, children and helping women during their pregnancies.

Outside of the clinic, Tara enjoys spending time with her husband, two young kids, friends, doing CrossFit and being active outdoors. 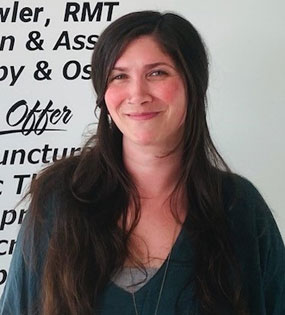 Her first experience with therapeutic massage came after a motor vehicle accident which left her struggling in a state of disability. During her rehabilitation she participated in a variety of therapies and found that massage was able to increase her comfort and functionality substantially, inevitably playing a major role in her recovery.

With a background in Complementary and Alternative Health Care, Tawnie takes a holistic, compassionate and empathic approach to massage therapy which lends itself to thorough client care for a wide array of issues, aliments and situations.

Outside the clinic, Tawnie loves music, travel, nature and spending time with her family. 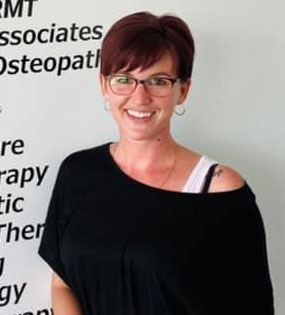 Chelsey is a Registered Massage Therapist that has a passion for helping clients achieve overall health and wellness by treating the person and not just the condition. She strives to help each client leave their appointment feeling better both physically and emotionally.

After spending years in an administrative career, Chelsey decided to make a career change while juggling her busy home life to become a Registered Massage Therapist. She has always had interest in the medical field and wanted a career that she would be able to help people in a holistic and personal way.

Chelsey is originally from Boston, and has spent her adult life living in Hampton, NB. She is passionate about her family, mental and physical well being, music and gardening. She is looking forward to adding different modalities to her resume to help her clients better achieve their goals. 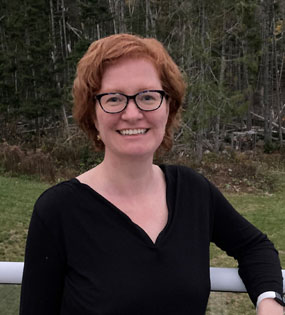 Sheryl graduated from the Canadian Academy of Osteopathy in Hamilton, Ontario in 2017. She worked as an Osteopath in Chatham Ontario before moving back East to the beautiful province of New Brunswick.

With a long held interest in mindfulness and functional movement, she previously trained as a Yoga Therapist specializing in Yoga for People with Cancer and Cardiac Rehabilitation.

Sheryl loves the holistic nature of Osteopathy allowing many methods of treatment to support the health of the person, including body, mind, and spirit. 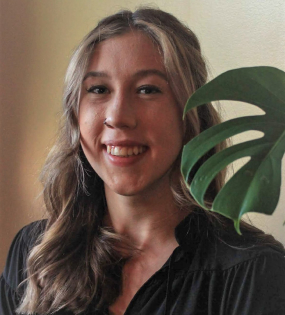 Kira graduated with distinctions from Eastern College in 2020. With a passion for helping others and an interest in anatomy & physiology, she choose to pursue a career as a Registered Massage Therapist.

Throughout her schooling and practice she has developed a keenness in helping others manage pain & discomfort by applying a wide range of techniques. Her aim as a therapist is to work alongside clients and design a treatment plan that is individualized to their goals and well-being.

Kira looks forward to taking additional courses to expand her knowledge so she can provide and apply different modalities to her treatments.

Outside of the clinic, Kira enjoys hiking with friends & family or cooking/baking! 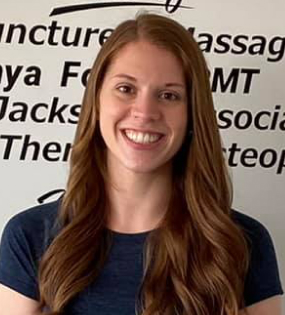 Julia graduated from St. Francis Xavier University, where she earned a Bachelor of Science in Human Kinetics with Distinction, minoring in Biology. Julia played field hockey for STFX her first 2 years then worked as a Student Athletic Therapist for her final 2 years. While at school she completed her Fitness Instructor Specialist Certification.

Julia is continuing her education in the health and wellness field at the Canadian Academy of Osteopathy of Hamilton, Ontario to become an Osteopathic Manual Practitioner.

Julia has always had a passion for health, wellness, and fitness. She loves to go hiking, do yoga, and take her 2 dogs for walks!